The Harmonies of Piano & Organ

J.S.Bach-W.Kempff: Transcription for piano of “Siciliano” from sonata for flute and Harpsichord in E flat Major BWV 1031

J.s. Bach/s.Rachmaninoff: Transcription for Piano of “Gavotte” from Violin Partita No. 3 in E Major BWV 1006

Largo from the New World Symphony (Arranged by William Sticles)

It is Well with my Soul

Jeong Min Lee began her career as a pianist and educator in Seoul, South Korea, where she earned her Bachelor and Master of Music degrees in Piano Performance from Seoul National University.  She continued her professional education at the Oberlin Conservatory of Music in Oberlin, Ohio, earning an Artist Diploma, and then gained a second Master of Music degree in Piano Performance and Pedagogy from Northwestern University in Evanston, Illinois.  She completed her academic training at the University of Wisconsin-Madison, where she was awarded the Doctor of Musical Arts degree in Piano Performance and Pedagogy. Among the honors she has received are the Perlman Trio Award and the Kate Perlman Scholarship Award from the University of Wisconsin-Madison, which allowed her to gain significant collaborative experience, and she also was also a winner of the UW-M’s Beethoven Piano and Concerto Competitions, performing the Beethoven Fourth Piano Concerto with the School of Music Orchestra.  Dr. Lee has performed extensively as a pianist and chamber musician throughout the United States, and in Canada, China, and South Korea. Jeong Min has a passionate commitment to enriching the arts in her local community-at-large, presenting numerous concerts each year at many Chicagoland venues and churches, and at the Skokie Performing Arts Center.  And she joined the faculty of DePaul University in 2017 and it has been her delight to serve the community music program.

Eun Joo Ju received the Doctor of Musical Arts degree in Organ Performance at the University of Illinois at Urbana-Champaign where she studied Dr. Dana Robinson. Additional institutes of leaning include Manhattan School of Music (Professional Studies, Master of Music) and Hansei University, Korea. At the University of Illinois, Dr. Ju was the recipient of the Gerald Crystal Organ Fund Award and the Marcella K. Brownson Memoral Fellowship. At the Manhattan School of Music, she received the Broson Rogan Award and President Award. She is an accomplished accompanist, choir director, with numerous recitals in Illinois and New York as well as Korea. She currently serves as Organist at the Peacemakers Korean Covenant Church in Elk Grove Village as well as Grace United Methodist Church, Lake Bluff. She is married to Min Ho Choi and they have two daughters. 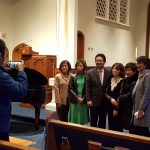 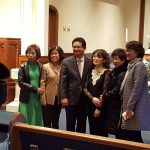 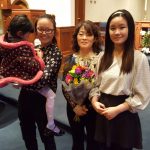 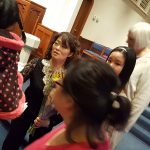 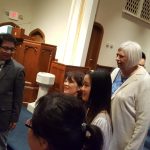 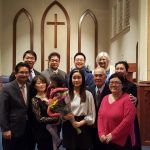 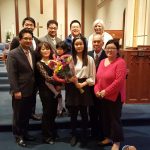 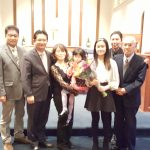 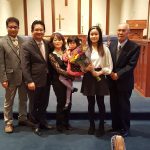 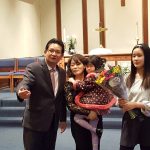 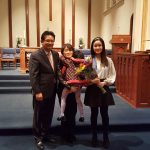 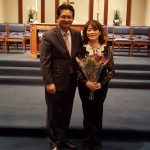 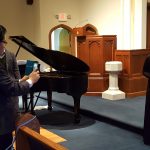 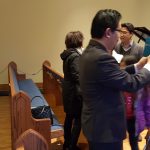 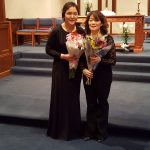 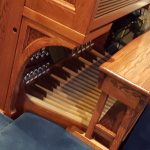 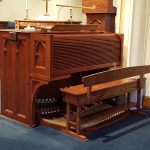 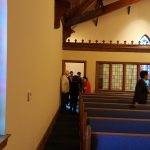 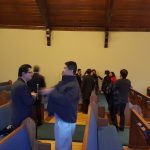